On the indented coast between Sestri Levante and Portovenere, among innumerable and inviting creeks, wider and more pleasant bays open. One of these is Levanto’s.

Situated on the alluvial plain of the River Ghiararo,Levanto is surrounded by a natural amphiteatre of hills, spread of small villages and houses, peeping at the sea through olive-groves and vineyards.Levanto’s valley represents the landscape variety of this end of the Riviera: sweeping mountains slope down to the sea, alternating deep valleys with gentler hills, pine and chestnuts woods with Mediterranean shrubland, uneven and parched coast with terrace cultivations. This charming town, between a blue sea and a changing green inland, has a particularly mild climate and offers the tourists, beyond its natural beauties, interesting traces of its past. Levanto has pre-Roman origins and was known as an harbour in Roman times. Afterwards it became a bulwark of a wide province during the late Roman Empire. Under the rule of the Republic of Genoa, in the Middle Ages, Levanto developed its commercial activities, becoming a sea village as well as a rural town.During XIII and XV centuries the inhabited area enlarged and the most important historical and monumental testimonies of the town date to those times: St. Andrew’s church, the Restani house, the loggia, the walls and clock tower, the castle, the church and convent of Annunziata.

In modern times Levanto has greately developed thanks to tourism, starting at the beginning of XX cent. with an “élite” tourism, as the presence of personages like Rosa Luxemburg, Heinrich Mann, and Giovanni Agnelli witness, as well as the great number of Englishmen who lived in the most beautiful villas of the town or colonized some of the picturesque villages on the hills. Nowadays Levanto is a renowned seaside resort, with its wide sandy beach as well as a destination for surfers and excursionists. Starting from the promontory of Mesco they can hike on the dramatic paths of Cinque Terre National Park; otherwise they can choose less popular , but not less evocative, destinations as Bonassola or Framura with their wild nature, or they can discover the network of ancient mule-tracks connecting the plain to the hills and all the hills from one end of the valley to the other.

From Levanto it is easy to reach the most interesting towns of the Riviera: Portofino, Camogli, Santa Margherita and Sestri Levante, travelling towards Genoa, and Cinque Terre, Gulf of the Poets, Portovenere, Lerici, Tellaro, Fiascherino, going towards La Spezia.

It’s also possible to make day trips to Genoa, Pisa, Lucca or to reach the enchanted, timeless villages in the inland and discover landscapes not yet touched by mass tourism: the Valley of Vara and its round villages and the Valley of Magra, leading the tourist to Lunigiana, the ancient boundary land between Liguria and Tuscany. 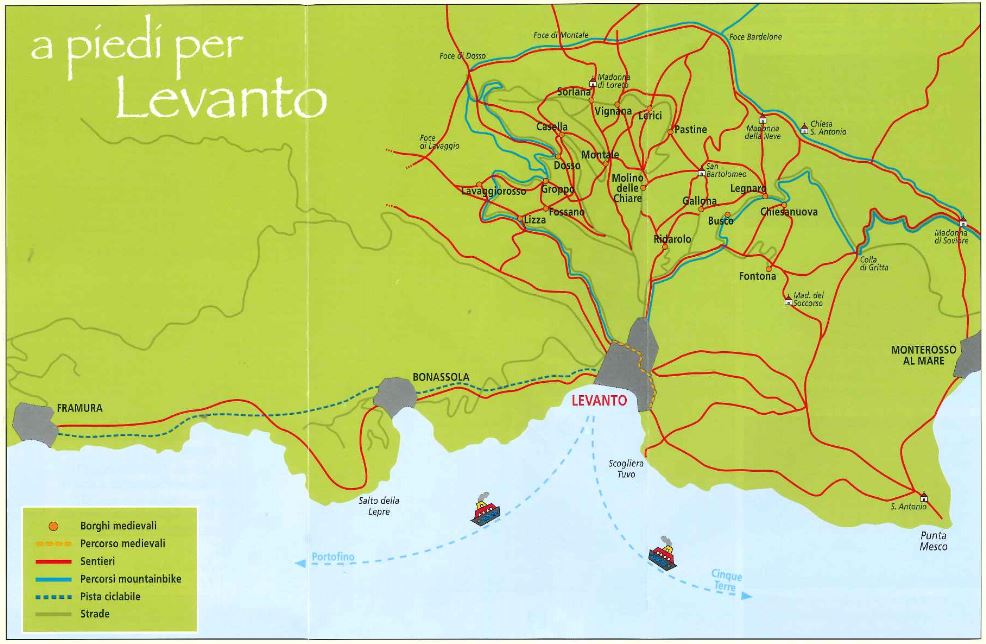 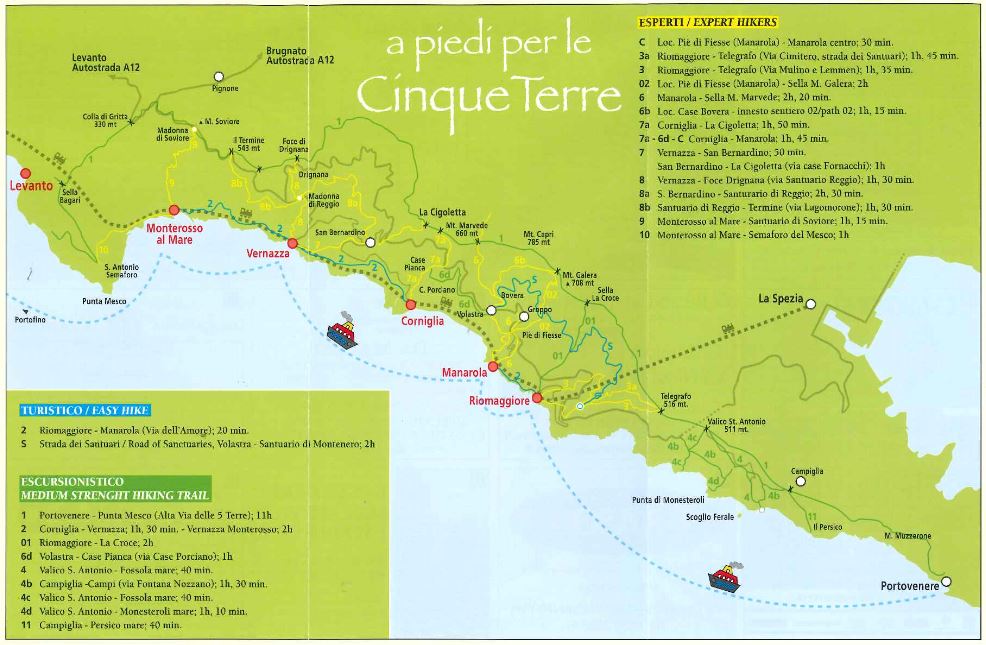